The revelation came as the Roman Catholic Archdiocese of Milwaukee released a number of documents detailing the sex abuse cases.

The release of more than 6,000 pages of documents on Monday was hailed by victims and their advocates as a vindication and a historic step toward transparency and accountability. They were well aware that the archives would bring unusually intense scrutiny to the country’s most high-profile prelate, Cardinal Dolan, who as president of the United States Conference of Catholic Bishops and the archbishop of New York has sought to help the church turn the corner on the era of scandal.

Cardinal Dolan has been regarded by many Catholics as part of the solution. In public appearances, he has expressed personal outrage at the harm done to children, apologized profusely and pledged to help the church and the victims heal. 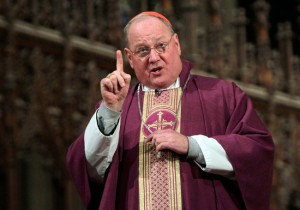 In Mea Maxima Culpa: Silence in the House of God, Alex Gibney’s in-depth portrait of sex abuse within the Catholic church, Goldstein provided key details in the case of Father Murphy’s sex abuse allegations in Wisconsin.