A team of seasoned executives and longtime collaborators contribute to Jigsaw’s body of work and are integral to the company’s success. Below is a short list of current staff and key collaborators.

Richard Perello oversees the production for all of Jigsaw’s film and television projects and the company’s finance and business operations.  He has been serving as an executive in the entertainment industry and has been producing studio and independent feature films and projects for network television for over 25 years (including Warner Bros, Fox Searchlight, Paramount, HBO, Showtime, CNN, Amazon, Netflix, Hulu, AMC, A&E, National Geographic, Nickelodeon, Comedy Central, NBC Television, MTV, FacebookWatch, Vice, Bravo, Saturday Night Live  and the Coca Cola Company).  His financial industry experience as an investment banker includes working with the New York firms Kidder, Peabody & Co and Benedetto, Gartland & Company in mergers and acquisitions and corporate finance. Mr. Perello is an adjunct professor at NYU Tisch School of the Arts and Columbia University. 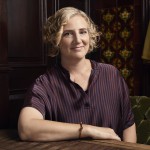 Stacey Offman joined Jigsaw in 2012 as the executive in charge of production, and development and works alongside Jigsaw founder, Alex Gibney. As Senior Vice-President, Offman oversees and develops the company’s dynamic slate of documentaries including the critically acclaimed HBO film Robin Williams: Come Inside My Mind,the insightful biopic of the actor’s life directed by Marina Zenovich, which premiered at Sundance; China Hustle, directed by Jed Rothstein, which unearthed a multi-billion dollar financial fraud; Emmy Nominated City of Ghosts, directed by Matthew Heineman; Zero Days, a Peabody-Award winning Alex Gibney film investigating the story of the classified Stuxnet attack on Iran; Emmy Nominated Elián, co-directed by Tim Golden and Ross McDonnell; and the documentary Divide and Conquer: The Story of Roger Ailes directed by Alexis Bloom.

Offman also oversaw the launch of the company’s television branch, and the creation of a robust vertical of non-fiction episodic series, notably Dirty Money, an explosive series on Netflix, which unveils corruption and financial malfeasance in some of the most influential companies and industries; The New Yorker Presents for Amazon Studios produced in collaboration with Conde Nast Entertainment, COOKED, a Netflix series based on the Michael Pollan bestseller book;  provocative short doc series The 4%:Film’s Gender Problem for Epix highlights absence of female directors in Hollywood, Enhanced for ESPN which looks inside the secret world of modern sports training, technology and recovery, Rolling Stone, an anniversary event mini-series for HBO directed by Alex Gibney and Blair Foster on the iconic magazine; Death Row Stories, a popular CNN true-crime series produced by Alex Gibney and Robert Redford; and Emmy nominated Parched for National Geographic, which zeroes into the world’s most vulnerable hot spots for water-related conflict. Recent projects include: Salt, Fat, Acid Heat, a four-part culinary travel series based on Samin Nosrat’s James Beard Award winning and New York Times Bestselling book, which premiered on Netflix on Oct. 19; The Clinton Affair which premiered on A&E November 18; Enemies: The President, Justice and the FBI, an in-depth look into the long history of conflict between American presidents and the FBI, which premiered in November 2018; and upcoming project Why We Hate, an investigation of the human capacity and science behind hate, set to debut in 2019 on Discovery.

For these productions, Offman collaborates with a diverse array of filmmakers, interweaving their talent with Jigsaw’s extensive body of work. With each new documentary, Offman cultivates those relationships, putting together the teams that create award-winning films.

With over twenty years in the business, Offman has worked across both film and TV producing numerous high-profile documentaries and non-fiction series across major networks. Prior to joining Jigsaw, Offman was Morgan Spurlock’s producing partner (Where in the World is Osama Bin Laden, What Would Jesus Buy? and 30 Days for F/X). Previously, she served as supervising producer for Emmy-nominated Borderline TV and Head of Production & Development at Academy Award® nominated Paperny Entertainment.

Blair Foster is a filmmaker who won two Emmys for her work on the Academy Award winning film, Taxi to the Dark Side as well as an Emmy for Martin Scorsese’s George Harrison: Living in the Material World. In 2017 she directed and produced, along with Alex Gibney, Rolling Stone: Stories from the Edge for HBO. She also produced the Netflix documentary Get Me Roger Stone which premiered at the Tribeca Film Festival. Foster produced the Emmy nominated Sinatra: All or Nothing at All and the Peabody Award winning Mr. Dynamite: The Rise of James Brown both directed by Alex Gibney.She is the Executive Producer of The History of the Eagles as well as We Steal Secrets: The Story of Wikileaks. In 2012 Foster produced Park Avenue: Money, Power and the American Dream, part of the Peabody Award winning International Why Poverty series. She is the co-creator and director of The Conversation, seven short films about race published by the New York Times Op-Doc series. Blair attended graduate school for history and has a Master’s degree in documentary film from Stanford University.

Maryse Alberti is an award-winning cinematographer, with over twenty years of experience in both fiction and documentary filmmaking. Her work with Jigsaw includes Enron: The Smartest Guys in the Room, Taxi to the Dark Side, Casino Jack and the United States of Money, My Trip to Al-Qaeda and, most recently, Client 9: The Rise and Fall of Eliot Spitzer. Outside of Jigsaw, Alberti’s credits include films such as When We Were Kings, Todd Solondz’s Happiness, Richard Linklater’s Tape and Martin Scorsese’s No Direction Home: Bob Dylan. In 1995, she won the Cinematography Award at the Sundance Film Festival for her work on Terry Zwigoff’s documentary Crumb. She has also been honored with two Independent Spirit Awards—in 1999, for Todd Haynes’s Velvet Goldmine, and in 2008, for Darren Aronofsky’s The Wrestler.

Alison Ellwood’s feature film directing credits include American Jihad, History of the Eagles Parts 1 & 2, Spring Broke and Magic Trip: Ken Kesey’s Search for a Kool Place. Her television directing credits include “The Osbournes: The Price of Reality” for the A&E series Culture Shock, Locked In: The Victoria Arlen Story for ESPN’s 30 for 30 Shorts, CNN’s Death Row Stories, “No Limits” for ESPN’s Nine for IX series, The Human Behavior Experiments, the Emmy Award-winning series American High, The Travelers, and Sixteen. She has produced and edited several feature documentary films including Oscar-nominated Enron: The Smartest Guys in the Room, Catching Hell, Gonzo: The Life and Work of Dr. Hunter S. Thompson, My Trip to Al Qaeda, and Casino Jack and the United States of Money. She was co-producer for the feature documentary Finding Fela and for HBO’s Brett Killed Mom: A Sister’s Diary. She was consulting producer for the Sundance series Brick City and two feature documentaries The September Issue and Food Chains. She was supervising producer for The Residents and 30 Days. She has edited for Bill Moyers Specials, the Discovery Channel, Sundance Channel, Showtime, and HBO’s America Undercover series. Ellwood is set to direct Laurel Canyon, a documentary feature produced by Jigsaw and Kennedy/Marshall Company.

Sloane Klevin, ACE has been an editor of films, television, commercials, music videos, and trailers for nearly 30 years. Her work with Jigsaw includes The Blues, Freakonomics, Taxi to the Dark Side, and Mea Maxima Culpa: Silence in the House of God, for which she won the Emmy for best editing of a nonfiction program. Her other longform credits include the 2002 Sundance Audience Award winner Real Women Have Curves, Merchant Ivory’s Heights, Pumpkin, starring Christina Ricci, and Paramount’s Harriet the Spy. Sloane is an editor and partner at Union Editorial, a commercial post-production company with offices in New York, Los Angeles and Austin, and she produces films through Union Entertainment Group. She was an Adjunct Professor of Film Editing at Columbia University for ten years, and she is active on the advisory board of the Educational Video Center, which teaches inner-city youth the art and craft of documentary filmmaking. She’s served on the documentary juries of the Woodstock, Ashland and Sundance Film Festivals, and the Cinema Eye Awards. She has also edited at the Sundance Narrative Filmmaker’s Lab and was a 2015 mentor in the TFI/A&E Indiefilms StoryLab. 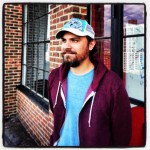 Andy Grieve is an accomplished editor and director. His ongoing collaboration with Oscar-winning director Alex Gibney has spanned almost a decade, and includes Going Clear: Scientology and the Prison of Belief, The Armstrong Lie, We Steal Secrets: The Story of WikiLeaks, Zero Days, and most recently Gibney’s upcoming film The Inventor: Out for Blood in Silicon Valley, following the rise and fall of Theranos founder, Elizabeth Holmes which will have it’s world premiere at Sundance 2019. Andy’s other credits include a short film for the Stand Up To Cancer prime time special, winner of the 2009 Emmy Award for Outstanding Short Form Picture Editing; The Carter, a feature documentary about rap-sensation Lil’ Wayne that premiered at the 2009 Sundance Film Festival; Jason Kohn’s Manda Bala (Send a Bullet), winner of the 2007 Sundance Grand Jury Prize for Best U.S. Documentary and the 2008 Cinema Eye award for Best Editing; Errol Morris’s Standard Operating Procedure, winner of the 2008 Berlin Film Festival Grand Jury Prize; and director and editor of the 2012 feature documentary, Can’t Stand Losing You: Surviving the Police.

Antonio Rossi was born in a small mountain village in southern Italy and was raised in South Philadelphia. He began his career as a still photographer. After graduate study in anthropology and ethnographic film, and training in narrative film and television, he has focused on documentary. Tony has been thrilled to work with Alex Gibney and other members of the Jigsaw team on a great number of projects over the last decade, including Mr. Dynamite, Zero Days, Death Row Stories, and the upcoming Divide and Conquer, The Impeachment of Bill Clinton,  and Theranos. In addition to his work at Jigsaw, Tony has served as Director of Photography on dozens of projects, including Charles Ferguson’s No End in Sight, Fisher Stevens’ “Before the Flood,” and “The Black Panthers” and “Freedom Summer” by Stanley Nelson.

Tony is endlessly amazed by the variety and complexity of human stories. He seeks out projects that embrace complexity, nuance and subtlety. Tony is inspired by the powerful history of image making, from the frescoes at Pompeii to Rembrandt to the masters of 20th century street photography. He remains cautiously optimistic that the forces of freedom, justice and equality will triumph over divisiveness and oppression, though he admits we all have a lot of hard work ahead of us.