Jigsaw’s 2012 film “Mea Maxima Culpa: Silence in the House of God” was named a finalist for the Humanitas Prize! Winners will be announced in September. 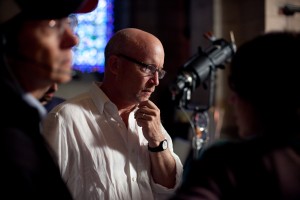 Alex Gibney on set for “Mea Maxima Culpa: Silence in the House of God.”

The film documents the first known public protest against clerical sex abuse in the U.S. These four deaf young men set out to expose the priest who had abused them and so many others. Their investigation helped to uncover documents from the secret Vatican Archives that shows the Pope – who must operate within the mysterious rules of the roman Curia – as both responsible and helpless in the face of evil.