“The Armstrong Lie” gets a strong review in Variety

Chang writes, “What might have once been a largely admiring, celebratory documentary was derailed by the re-emergence of doping allegations that had persistently plagued the fabled athlete; investigations by federal prosecutors and the U.S. Anti-Doping Agency led to his eventual public confession and downfall. The result is a much more critical, sobering and, naturally, fascinating film about a figure who had seemingly overcome the worst kind of adversity and achieved miraculous success on the basis of talent and commitment alone.” 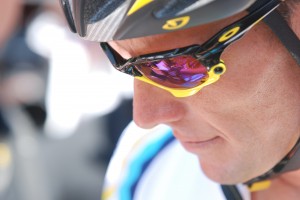 The film screens at the Venice Film Festival tonight, and it will have its North American premiere at the Toronto Film Festival on September 8.