Vote for “Park Avenue: Money, Power and the American Dream,” Jigsaw’s contribution to the PBS series “Why Poverty?” 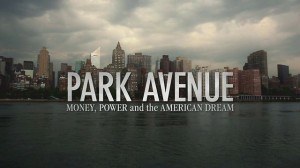 The film is about the moat that America’s richest citizens have constructed around themselves. In roughly the last forty years, the establishment of that moat – politically and economically – has resulted in unprecedented inequality in the United States. It’s out on Netflix and iTunes now.